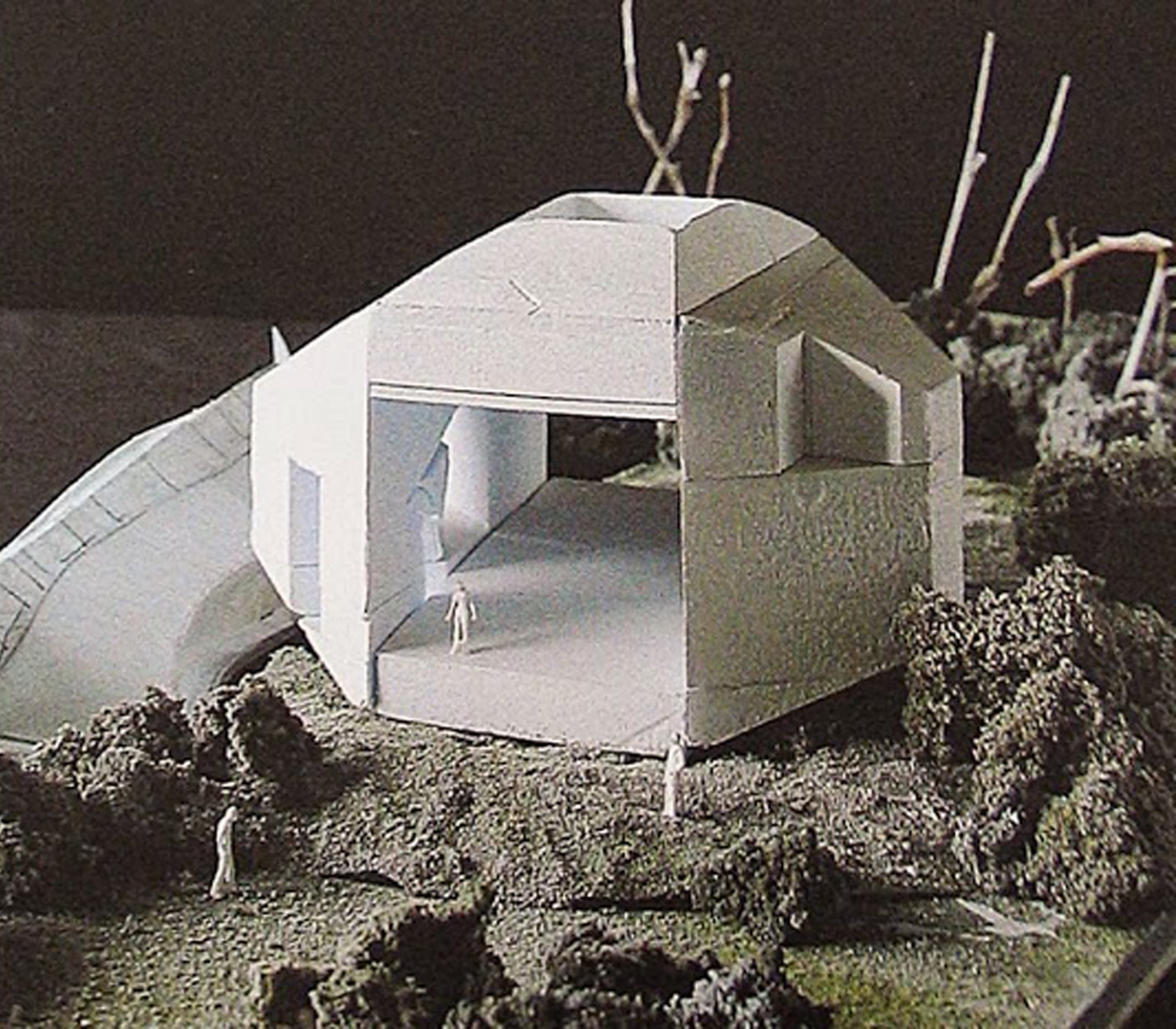 The Y2K project (the early Casa da Musica) was designed in 1999.  The Dutch client of the house was very demanding.  The design was special and the project was a challenge for the architect. When they started working on the project, the client wasn’t satisfied by the geometry and the design of the house.  So the architect decided to assign the work to OMA’s Office because he felt it was the best he could do.  After 3 months, still working on the Y2K project, it began a new competition in order to build a concert hall in Portugal.  The office did participate to the competition.  The plans for the concert hall were approved, so they stopped the process of the Y2K.  Actually they used the project of the house for the concert hall.  The winning one, which was this (Casa da Musica) was completed in 2005.  It is a solitary building standing on a travertine-paved plateau in front of the Rotunda’s park, neighboring a working class area. With this concept, issues of symbolism, visibility, and access were resolved in one gesture.